City has gone into 'overdrive' in the last 2 years due to foreign investment, report says 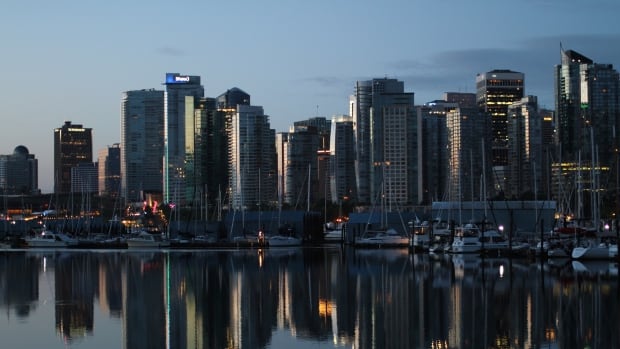 When it comes to overpriced real estate, Vancouver's "bubble risk" is unmatched on the planet, according to a report by
Swiss bank UBS.

The rise in Vancouver's average housing prices compared with the growth in average wages, rents and other economic factors make it the most likely to experience a sudden downward correction compared with 17 other large cities around the globe, according to the UBS Global Real Estate Bubble Index released this week.

The report also warned that investors are less likely to see growth in property value in high "bubble risk" cities.

Jon Woloshin, strategist at UBS Wealth Management Americas, said the report doesn't mean Vancouver is likely to experience a home price correction like the U.S. housing crisis that contributed to the 2008-09 recession. Rather, it's meant as a cautionary signal for potential real estate investors.

"Based on the different criteria that were factored into all these major markets, as we sit here today, Vancouver on a
risk-reward basis scored the lowest, which is why it's at the top," he explained.

He added that the province's move to control the city's overheated housing market by imposing a 15 per cent tax on foreign buyers of homes in Metro Vancouver as of Aug. 2 could reduce its bubble risk rating.

The UBS report was based on Vancouver data up to last spring, before the foreign buyers' tax was implemented.

"If the government cracks down and really goes after it, yeah, I think it will have an impact," Woloshin said in a telephone interview from New York. "If a lot of smart lawyers get involved, maybe it becomes less of an issue."

Last week, the British Columbia government credited its new tax in reporting that housing deals in Vancouver involving foreign buyersdropped to 60 between Aug. 2 and Aug. 31 after hitting 1,974 between June 10 and Aug. 1.

In early September, the Real Estate Board of Greater Vancouver saidhome sales fell 26 per cent in August compared with the same month last year. It reported that the composite benchmark price for all residential properties jumped 31 per cent to $933,100.

In its report, the bank places Vancouver ahead of London thanks to prices that it says have risen by 25 per cent since the end of 2014. Last year, in its first such report, UBS rated Vancouver fourth behind London, Hong Kong and Sydney, in that order.

The 2016 UBS report says Vancouver's housing has been overpriced since 2007 but has gone into "overdrive" in the past two years due to strong demand among foreign investors and low interest rates.

It adds bubble risk is also high in Stockholm, Sydney, Munich and Hong Kong, while homes in Singapore, Boston, New York and Milan are fairly valued. Chicago's housing is undervalued.