How Low is Too Low for Strata Fees and Contingency Fund?

Depreciation is an important word to analyze when it comes to any real estate purchase. An example of commonly known depreciation is when you buy a new car: it is often said that you lose 20 per cent of a new car’s value the minute you drive it off the lot. Thankfully housing doesn't depreciate at anywhere near that level, but over time it can be a concern.

As a rule of thumb, the first 20 years of a condo's life should be relatively problem free as long as the builder is reputable and knows what they are doing. But after that, maintenance items do crop up and it's important the strata council has a plan to address them. The longer they wait to fix any outstanding items, generally the more it will cost. 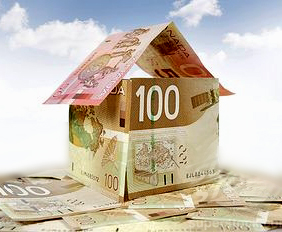 In BC, strata councils are now required to facilitate a deprecation report for its residents, but they can avoid paying for one if there is a three-quarters vote to waive the requirement during their annual general meeting. Personally I think depreciation reports are the best consumer protection available to residents and should be embraced, but often times stratas will attempt to stick their heads in the mud and avoid the reality of the issues facing their building.

If fees are too low this can often be a warning sign that there is not enough money in the reserve contingency fund to address any major issues. If there is not enough money to pay for major issues facing the building how does it get paid for? A special assessment is when a strata gives each owner a one-off bill proportional to each unit, and it must be paid within a certain time frame. Emphasis on “must” – there is no negotiating this payment, once the decision has been made. Pay or face the penalty, and this can even include a lien on your condo.

There is no standard amount for a healthy reserve fund, but there are some decent rules of thumb that you can go by. For a wood-framed building I often recommend trying to find a condo where there is a minimum of $5,000 per unit in reserve. For example, a 40-unit building should ideally have $200,000 in the bank. For a concrete high rise building my recommendation is $10,000 per unit. It's not that there are more problems with high rise buildings, it's just that when they occur they are often more expensive to resolve. The amount needed goes up the older the building is.

Low monthly strata fees can often be an illusion of health, when in fact it's quite the opposite. It's important to recognize this and analyze it rationally. Getting hit with a special assessment out of the blue can often cripple an owner financially, I've seen them as large as $60,000. It's important to work with someone who can give you professional advice and help you make as informed decision as is humanly possible with all the information available. It's one of the most important considerations to look at when purchasing into a strata complex, so make sure you analyze all the variables and make a sound decision.