Stunning custom built West Coast home with no expense spared. From the moment you walk in the front door you notice the attention to detail. Only the best materials were used to building this beautiful home. Main floor offers a grand dining & formal living room. Dream chefs kitchen with top of the line S/S appliances, think granite counters & huge island. Family room opens onto a large south facing backyard with sundeck for your summer enjoyment. Upstairs you will find a master bdrm to die for with a huge spa inspired bathrm with his & hers vanity & S. facing private patio. There are 3 other large bdrms up with plenty of space for your growing family. Fully finished bsmt with media rm, study & 873sf 2 bdrm ste. A dream home.

Posted on February 22, 2011 by no author
A Free First Time Home Buyers Seminar!

Common Questions from First-time Home Buyers…
Why should I buy, instead of rent?
Should I use a real estate broker?
How much money will I have to come up with to buy a home?
In addition to mortgage payment & insurance what other costs do I need to consider?
So what will my mortgage cover?
When I find the home I want, how much should I offer?
So what will happen at closing? Why should I use lawyer?

Get the answers to these questions & more by experts in the industry at the First-Time Home Buyers Seminar!

Over 100 suites slated to rent while $1-million units shelved to sell later. Mayor says he hopes to break even

The plan calls for 230 condos to go on sale Feb. 17, while another 244 suites -some of them the more expensive waterfront units -will be withheld from the market, according to the receiver's documents.

Of these 244 suites, 127 will be offered for rent at market rates, which marketer Bob Rennie estimated to be roughly $2.30 per square foot per month.

Suites valued at more than $1 million will not be rented out, but rather sold at a later date.

"The timing of release for sale of the remaining units will be determined by the results of the receiver's marketing campaign and an ongoing assessment of market conditions," the document states.

Renting out a home can reduce its market value, but previously rented homes are generally not subject to the 12-per-cent harmonized sales tax that new home purchasers must pay.

Vancouver Coun. Suzanne Anton said slashing prices is one of the few options left for the troubled project.

"The mayor put this under a black cloud and I'm hoping this new plan will blow that black cloud away," Anton said.

"It was clear something had to happen because they were not moving at all."

She said there is "no question" the cuts will mean a major financial loss to Vancouver taxpayers.

"The only question is how big the city's loss will be," she said.

Mayor Gregor Robertson and his Vision Vancouver council placed the troubled project into receivership with Ernst & Young in November 2010, with the city taking over the project from the Maleks of Millennium Southeast False Creek Properties in an effort to recoup $742.6 million in taxpayer funds.

Anton called that move a key problem, saying the mayor should have been a "chief promoter" of the project.

Occupancy at the site was only 32 per cent at the time of receivership in November 2010. The new plan, if successful, would increase that to 70 per cent by this summer. The report says the receivers expect that as occupancy increases and commercial tenants move in, prices will rise.

The plan includes changing the name of the development to The Village on False Creek, while the commercial centre will be called The Shops at the Village. The development was previously called Millennium Water.

Robertson said the receiver's report lays out a systematic way of disposing of the units with the least financial risk to the city. But it's still anyone's guess whether taxpayers will earn back all of their investment.

"What I hope is we break even on the village over time but what I predict is that the timelines will be longer with rental and the market rebound being the driving factors in a break-even scenario," Robertson said.

"It is going to take years. There is no happy, surprise twist right now."

Robertson said the city rejected the idea of selling all the units to a developer who would buy them in bulk. He said it might have been politically expedient to do so, but at great expense to taxpayers.

"It's a lousy business decision for the city and it is an immediate hit for the taxpayers," he said. "It keeps the pressure on us to maintain and endure the ups and downs ahead. But you know, my business background says be patient and experts from the industry say that. A fire sale would not be good for taxpayers. So I think we have to take a long view here."

TD Canada Trust and Legacy Liquor Store are the only tenants at The Shops at the Village, but the documents state the receiver is in negotiations with London Drugs and Urban Fare, whose occupancy is pending.

The report also details plans to decrease strata costs: The receiver will pay off the lease on energy monitoring units in each suite, and pay off the mortgage at the recreation facility, which has been renamed the Gold Medal Club.

The documents filed in court indicate that the company's name was changed in December 2010 to SEFC Properties Ltd, formerly Millennium False Creek Southeast Properties. The 230 suites to be offered for sale represent a market value of about $200 million, the Ernst & Young documents state. 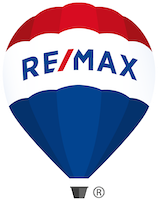